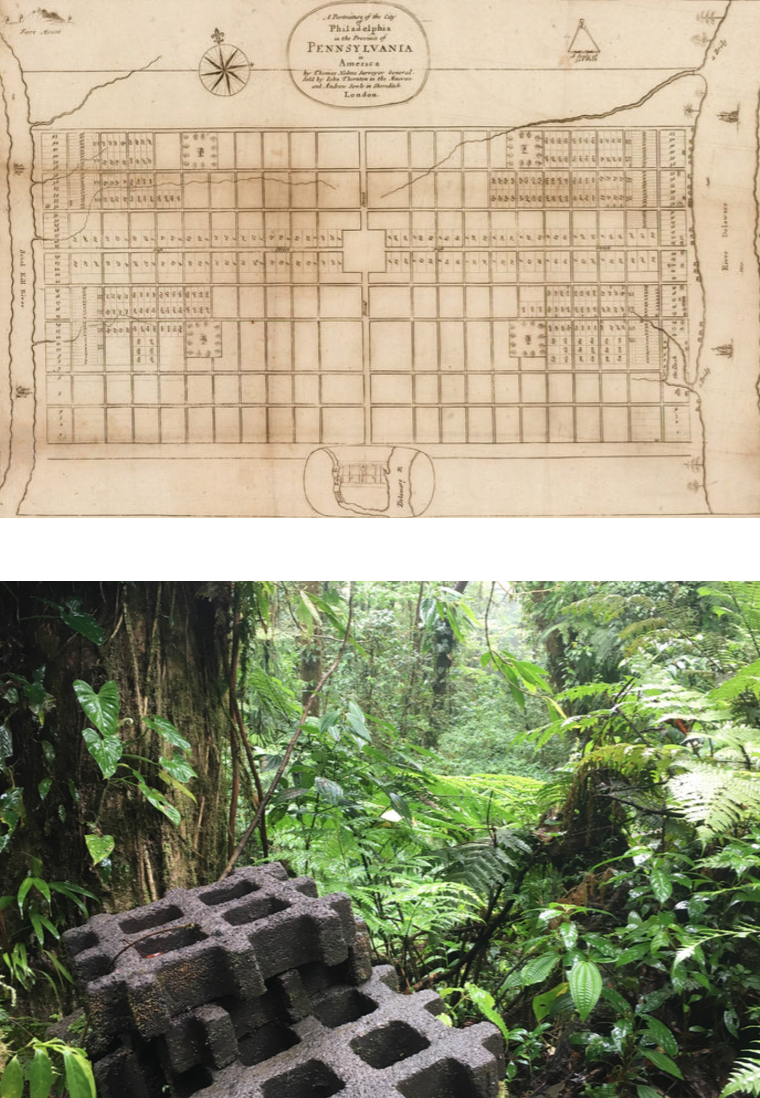 TANGLED TOPOGRAPHIES: TURNING THE GRID BACK TO NATURE

Standing as the emblem of modern art and architecture, sprawled across farmlands, and organizing dense cities, grids, in their varying forms, are ubiquitous. Art historian Rosalind Krauss famously declared the grid as “what art looks like when it turns its back on nature,” yet their material reality is entangled in both human and ecological nature. Grids have often been enacted as a means to improve certain conditions in the world, but many such plans have failed, largely due to the myopic visions of their administrators. In the context of the grid’s evolving relationship to land across statebuilding projects of urban and rural planning, as well as ruptures in everyday experiences that reveal how the form is embodied, this paper traces a history of Philadelphia’s grid, its tumultuous relationship with its landscape, and the resilience of its inhabitants, posing the question of whether there can truly be a grid that does not turn its back on nature.