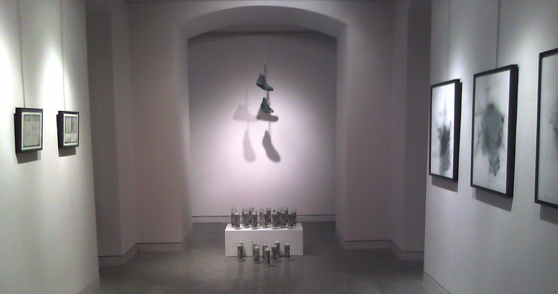 While studies show that traditional religious worship has been displaced from churches and temples to elsewhere, I do not wish to indicate that our culture has turned to celebrities for this spiritual fulfillment.  Instead I want to blur the distinction between thesecular and religious, and discuss how these contemporary artists are creating a dialogue with religious traditions of iconography.  While many sociologists in the past decade have proclaimed a trend away from traditional religion towards celebrity worship as exemplified in popular arts and media, it seems that contemporary artists working with celebrity figures in the context of religious iconography are instead formulating a dialogue around appropriation and postmodern pastiche and intertextuality rather than the social phenomenon of celebrity worship.

My thesis attempts to situate these artists at the crossroads of sociological and art historical discourses.  As popular culture infiltrates “High” art, more and more artists are turning to celebrity figures for inspiration.  In a redefinition of the portrait, and a comment on the prevalence of commodities in consumer society, these artworks bring to light a new conception of the universal, one in which popular culture and consumer imagery become the standard of a common language.