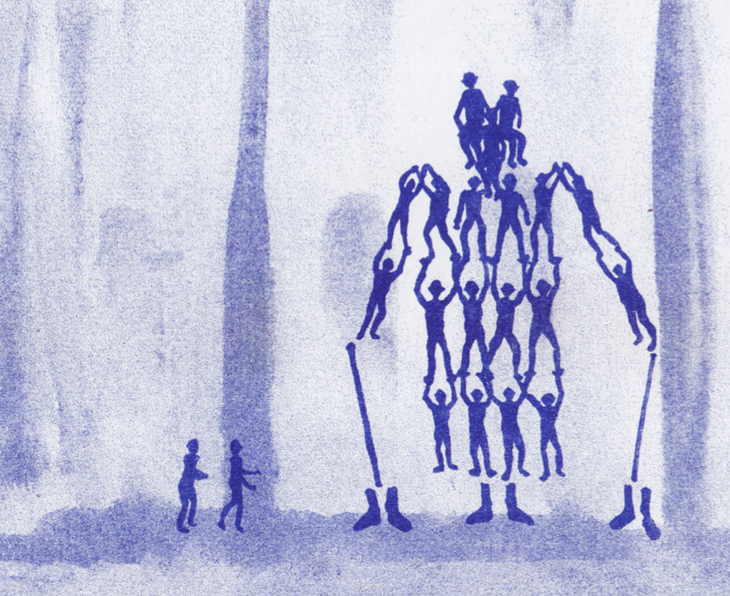 There is a long tradition of attempting to reinvent monuments so that they are successful in connecting with and furthering the causes of those that are not in power. Though many creations have been effective in supporting minority groups, they often miss the mark in establishing a consistent, subversive form that fully serves the purpose of an alternative monument. In fact, in a nationalist state such as the United States, a movement away from hard and heavy materials and immobility (characteristics thought of as integral parts of a monument) can actually allow for more effective commemorating of and furthering of causes for groups that are not in power.

This essay argues that for these minority groups, giant puppets are able to subversively and dependably accomplish the impact that monuments typically create. Through their history and tradition of being associated with satire; their setting in engaging, stimulating, and mobile protest parades; their collaborative and recyclable-materials-based creation process, and their larger-than-life, animated, almost-uncanny appearance; giant puppets can become icons of community leaders and symbols of causes. As they parade through streets, giant puppets reinforce a cause’s importance and stir reverence from the public, just as monuments are meant to do.